Saving the sea turtles in the Mamanuca Islands 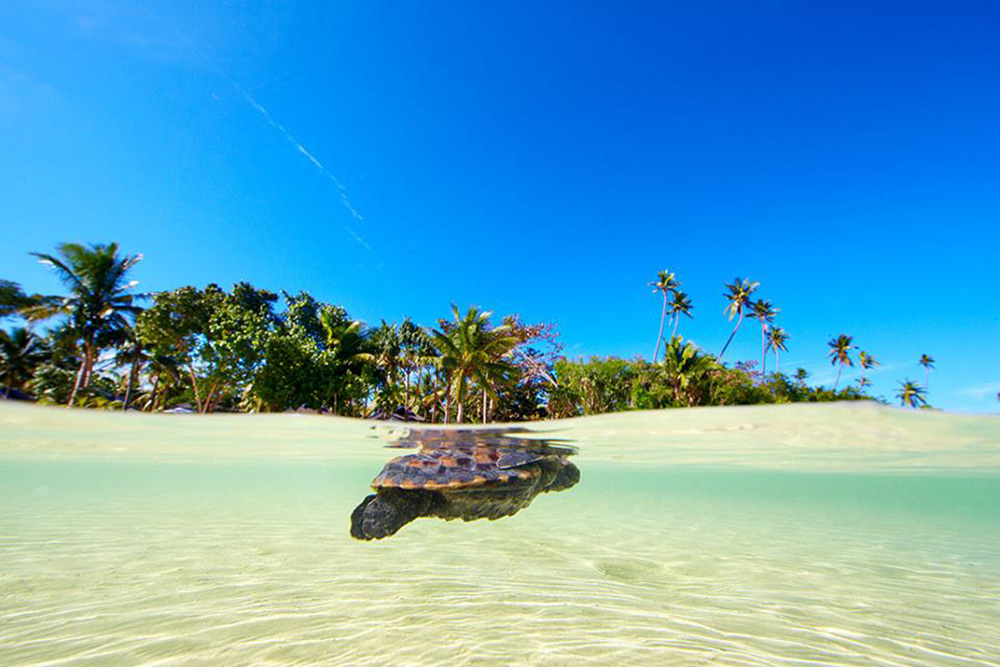 Fiji is a beautiful place, and there’s so much more to it than surfing and sunbathing. Each island contains a vibrant ecosystem, made up of thousands of plants and animals and strung together by the ocean that surrounds them all. But human intervention has vastly altered the ecosystem of the Fiji islands, and some of its species are under threat.

One such species is the sea turtle. Sea turtles spend much of their lives in the ocean, only venturing on land to lay their eggs in the nesting season. Once hatched, the tiny hatchlings face a perilous journey down the beach to the ocean, dogged by predators and the bright tropical sun. Once they reach the ocean it’s no picnic either – commercial fishing with dangerous trawl nets, rubbish to get entangled in or eat by mistake, destruction of habitat by oil dredging, and being caught by humans for food or for their shells are all constant dangers in a sea turtle’s life. Of every 100 hatchlings that begin the struggle down the beach, only one or two will survive to adulthood. Sea turtles are considered to be critically endangered, and their trade is strictly prohibited in Fiji.

The Mamanuca Islands are home to the main nesting and foraging grounds of two species of sea turtle – the Hawksbill turtle and the Green turtle. These beautiful, gentle creatures rely on the beaches of Mamanuca to survive. Our community is mindful of these beautiful, endangered creatures and encourages tourists to respect their environment.

Bula and thank you for your continued support during these challenging times. We understand that there is still much uncertainty surrounding international travel and have ensured that all bookings come with flexible payment and cancellation policies. Please contact us for further details.

When we are able to welcome you back to our resort you can be confident in our Savasava Hygiene Promise and sanitisation protocols. As our dedicated Staff are working to preserve our island home for your welcome return you can stay in touch with us through our Facebook page.

We look forward to seeing you back on our shores soon!