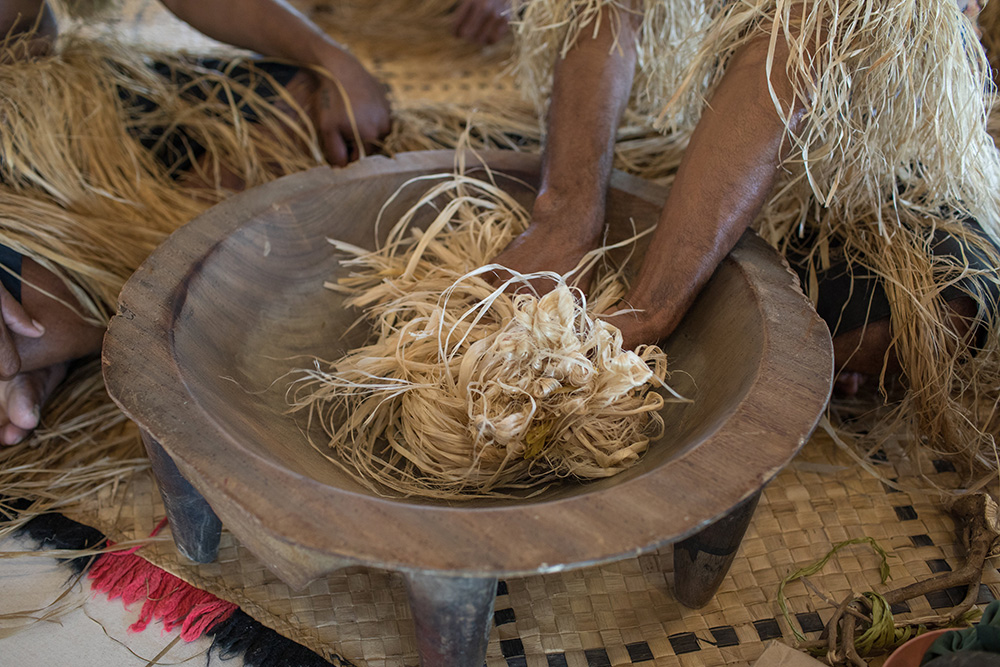 Kava is a central part of Fijian culture. But what is it? How is it made? Why drink it – and does it taste any good?

Kava comes from the root of the yaqona bush, a relative of the pepper plant. It is consumed in various ways throughout many Pacific Ocean cultures, including Vanuatu, Polynesia and even some parts of Australia. Traditionally, it is chewed, or ground or pounded into a pulp and mixed with a liquid to drink. Kava has a sedating, slowing-down effect of the nervous system, and can sometimes even induce euphoric feelings.

When visiting Fiji, you’ll be greeted with the Kava ceremony, an essential aspect of the welcoming culture of the country. After work, relaxing in the afternoon, pretty much whenever, small groups of family and friends will share kava from a communal bowl. The Fijian preparation usually involves pounding sun-dried kava root into a fine powder and mixing it with water to form what is known as grog, which is then drunk from a bilo, the shorn half-shell of a coconut. Prepared this way, with the dried root, kava is not as strong as a fresh preparation, which itself is not as strong as chewing it straight. In this way, it’s a gentle, relaxing drink. Grog is a ubiquitous part of socialising and storytelling in Fiji, especially among young men. It can, however, leave your mouth and tongue feeling a bit numb. The best way to chase a bilo is with a sweet or a spicy snack, to wake up the tongue and mouth after the numbing effects of grog. After a few hours, you’ll feel delightfully relaxed.

Kava is a central part of Fijian culture. Whether or not you choose to indulge, know that it has been a part of Fiji and its people for a long time – and Fijians are some of the happiest people on earth.

Bula and thank you for your continued support during these challenging times. We understand that there is still much uncertainty surrounding international travel and have ensured that all bookings come with flexible payment and cancellation policies. Please contact us for further details.

When we are able to welcome you back to our resort you can be confident in our Savasava Hygiene Promise and sanitisation protocols. As our dedicated Staff are working to preserve our island home for your welcome return you can stay in touch with us through our Facebook page.

We look forward to seeing you back on our shores soon!