Tropical cuisine: What should I expect? 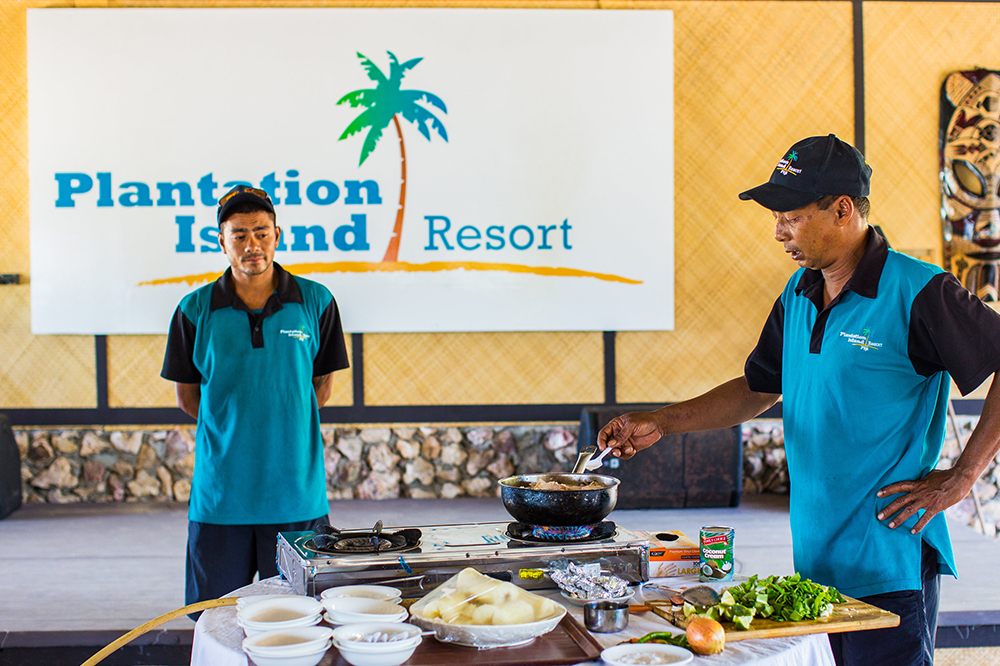 As in many cultures, food is essential to the way Fijians gather, celebrate, and communicate. Fijian cuisine relies heavily on fresh, local produce – from abundant seafood to locally-grown and -raised vegetables, fruits, meats and poultry, prepared in a way that marries traditional Fiji island culture with the hundreds of years of influence Indian food and tradition has had on the island’s residents. Some Fijian staples you may not recognise from home include:

A light purple root vegetable with dark green, edible leaves, taro is native to the tropics and a staple of the Fijian diet. The locals call it dalo, and it’s delicious when added to stews, steamed and served plain the way the locals like it, or cut into chips and deep fried. The leaves, called rourou, are cooked down in coconut milk until they resemble creamed spinach and served as a side, or stuffed with meat (usually corned beef or fish) and coconut meat to create delicious palusami.

Often called ‘Fiji asparagus’, duruka is the unopened shoot of the cane plant. Related to sugarcane, duruka is most often steamed or roasted and served as is. It grows wild in some areas, and can be eaten raw, but we advise that you leave that to the locals!

A small seaweed that resembles nothing so much as a tiny bunch of grapes, nama is served fresh as a side dish or as part of a salad. A native to tropical areas, other nations such as Fiji’s neighbour Samoa serve nama, also called sea grapes, use it in soups and stews, though Fijians tend to prefer it fresh.

Fijian food is a culturally diverse mish-mash of native Fijian, British, Indian, and Chinese influences, and this is reflected in the vast array of cooking and spicing methods favoured by Fijian cooks and restaurants. When you’re in Fiji, be bold – try everything, because you never know where you’ll find your next culinary adventure.

Book directly on our website and save 10% on accommodation